Moon Pies or Half Moon Pies to me are the king to appetizers.I mean honestly I find them so divine and compared to the other Mauritian appetizers,so far this one is my favourite! Why my favourite?Simply because of its texture,their taste and also their soft fondant goodness. Do they not look so inviting and also mouth watering? Half Moon Pies are mostly very popular around the island during the holy month of Ramadan.So far this is what I have noticed.Our Muslim brothers and sisters normally make them at home to break their fast with at Iftaar.To me it is mostly a homemade appetizer and also it is not widely available around the island like our Mauritian Chilli Cakes – Gato Piments! Most of the time we make them at home to serve during engagement parties or as tea time snack. Here in Mauritius, these small cakes/appetizers are a must at any family gathering.They are the ultimate love sharing type of food that need to be present every time during a joyous occasion. It is only recently that I have come across them and since then I have been hooked.However to be honest as gorgeous as they look, they are quite tiring to make. Ouf! However the happiest part was to see all of them vanishing off the plate once on the table! Which definitely means they got hooked as well.

Ingredients for the Dough: 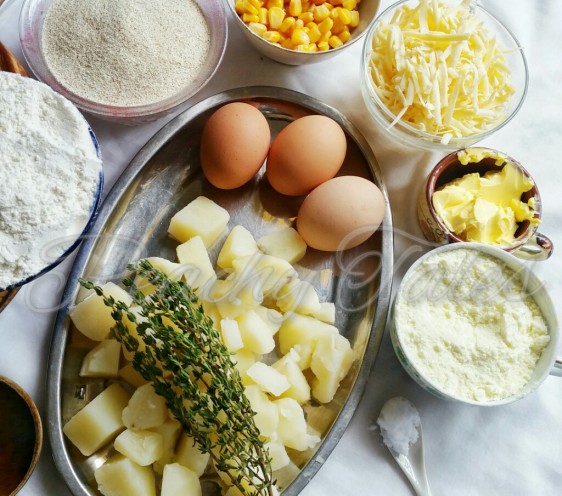 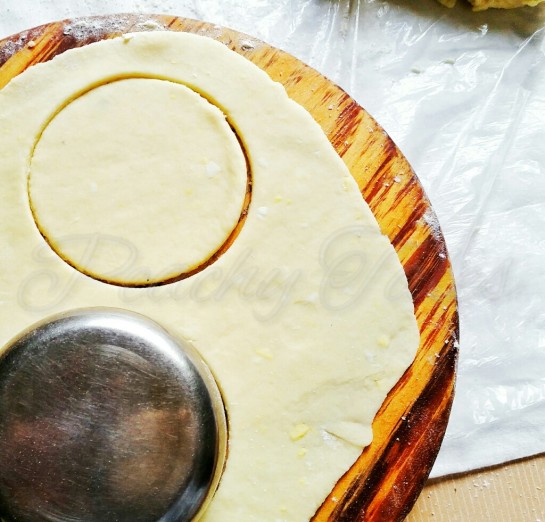 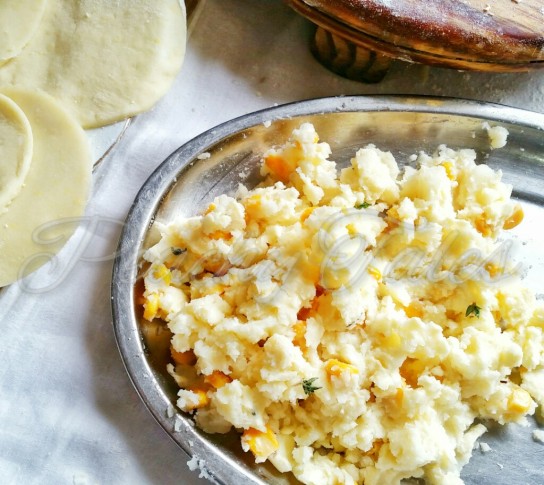 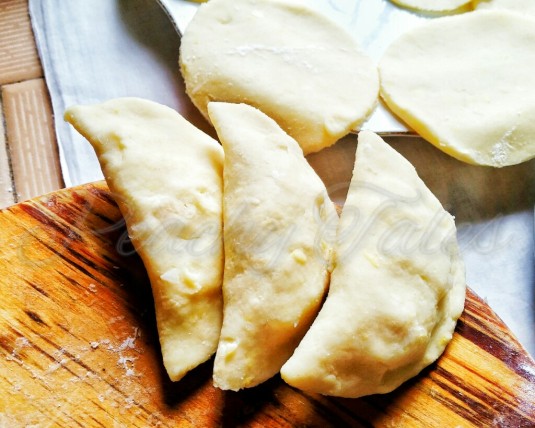 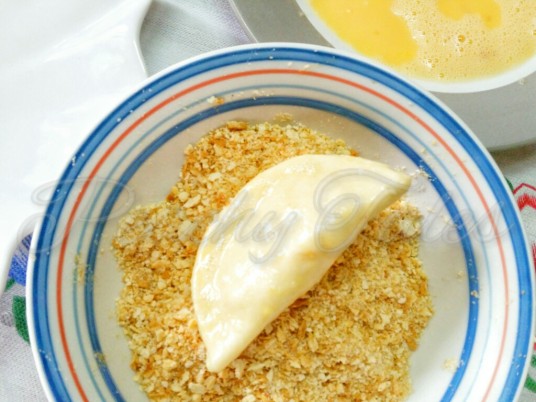 Look at all the goodness coming out from it! Now you tell me isn’t it mouth watering? I do not know anything more tempting than this right now.Trust me you will get hooked too and one bite won’t be enough. I love Half Moon Pies and you can also vary the fillings.For now I tried the one filling I love the most which is that of Cheese-Sweet Corn filling. You can do any filling of your choice for example minced chicken and dry herbs, or beans sprouts along with some other veggies.It is really up to your liking when it comes to fillings.

Do you have anything similar at yours? I would love to know because sometimes it is so beautiful to see that at the end we all share the same food richness and culture but with a twist.Maybe it is called something else at yours.Or maybe you make it in a different way as well. Anything please do share with me because I would really love to be part of your everyday cooking culture.

Until another yet yummy post,take care my lovely people!

View all posts by PeachyTales

I Love to Get Comments Cancel reply

All rights reserved. All words & images by Anoushka Aodhorah. Unauthorized use and/or duplication of this material without express and written permission from this site’s author and/or owner is strictly prohibited. Links may be used, provided that full and clear credit is given to “PeachyTales” and “www.peachytales.com” with appropriate and specific direction to the original content.